We at Hunters Hill High School are proud of the many achievements made by this school in all aspects of education.

A great deal of this pride comes from the contributions made by the many students who have passed through our school since it opened in 1958. The atmosphere at Hunters Hill High School has always been a friendly one. Students, staff and parents have worked together over the years to produce the harmony that exists. In recent times the schools connection with local enterprises like the Hunters Hill Sailing Club, Hunters Hill Council and other community groups has made us very much a community school. The school has a strong cadre of International Students with Baiyang Hui, School Captain in 2019, being a finalist in the International Student of the Year competition.

Higher School Certificate (HSC) students certainly personified the values of community, social justice and aspirations, by achieving remarkable results, as well as, and more importantly, reaching their personal bests. As recently as 2020, Hugh Service came First in State in Society and Culture, achieving an ATAR of 99.9. This followed on from another first in 2018 when Isabella Hoogenhout was First in State in Dutch Continuers. Other past students, Ian Hopkins, achieved a Band 6 for all of his subjects and an Australian Tertiary Admission Rank (ATAR) of 99.25 and Beth Hopkins made the BOSTES All Rounders Achievers List, honouring students who achieved a result in the highest band (Band 6 or Band E4) in 10 or more units as well as achieving an outstanding ATAR of 96.6. Alana Bourke achieved full marks (40/40) in her society and culture personal interest project. Morgan Marshall received one of the highest honours given by an Australian university, a Tuckwell Scholarship, together with her outstanding personal qualities and values and successful ATAR result. These students and many more embody the strong synergy of family and school values for which Hunters Hill High School and its community are famous.

Whilst the school and its community are extremely proud of all the academic, sporting, creative and extra-curricular achievements of the past years, it is already looking ahead at a bright future. The 2021 School Captains, Naya Cook and Zachary Clifton along with Vice Captains, Grace Odgers and Samuel Jones, also embody the qualities of strong leadership, compassion towards others less fortunate and are skilful 21st century learners operating in today's demanding society. The school legacy is to continue the strong relationship with expert teachers as well as working with other students to achieve collective success rather than competition.

History of the school

Hunters Hill High School began to develop as a suburb in the 1850s under the entrepreneurial skill of the Joubert brothers. Although close to the city of Sydney, it was accessible only by water and this led to the development of a small, almost reclusive community, whose gracious homes and narrow winding streets reminded many of a French provincial village.

In 1958, a co-educational high school, to be known as Hunters Hill High School, was opened on a site previously known as 'the avenue pleasure grounds – a very popular picnic resort which was patronised by clubs, organisations, parties and individuals, mostly conveyed by ferry'.

The Moocooboola Pavilion dated from the 1880s and was originally a dance pavilion and picnic centre until the 1930s. It was then converted into a film studio and in the 1940s, a storage depot for the navy. In 1958, it became the school assembly hall and gymnasium. In October 2000, the pavilion was burnt to the ground. In 2006, the school celebrated the opening of the new $4.7 million pavilion school hall/gymnasium/performance space complex. This new facility, overlooking the Lane Cove River, offers our students a vast array of sporting and cultural opportunities.

The school oval was reclaimed from the Lane Cove River with water at high tide still flowing under much of the playing field. The site of the pleasure grounds was once part of the land owned by Mary Reiby. A memorial plaque, at the school gates, commemorates the bicentenary of Mary Reiby's arrival in Sydney.

During the period from 1850 onwards, the major means of transportation were the ferries which plied the Lane Cove and Parramatta Rivers. The school houses take their names from the old ferries – Carrington, Ferguson, Napier and Rawson.

In 2001, the Department of Education announced that the school would close. In October, 2002, after a long battle led by the parents and citizens' association (P&C), students and staff of Hunters Hill High School, this decision was reversed. The beautiful 7 hectares of grounds on the banks of the Lane Cove River remain as the site for Hunters Hill High School.

Since its inception, the principals of Hunters Hill High School have been:

Established in 1958, Hunters Hill High School is a co-educational, comprehensive high school providing for the educational needs of students residing in the inner western suburbs and lower north shore. The 6 hectare bushland site is on the southern shore of the Lane Cove River. Academic excellence, effective student welfare programs and a strong commitment to vocational education are the fundamental achievements of the school community.

The school's achievements in creative arts, particularly in visual arts, drama and music consist of both competent theory performance in examinations and outstanding practical performance. The school's community has a rich curriculum and educational experience, a toleration for and celebration of, difference and individuality, and the development of leadership and citizenship.

This engages students in their learning and encourages the exploration and expression of students' talents. Year 9 and 10 students were trained as peer support leaders. In fact five Year 11 students attended the district student representative council camp. All Year 7 students attended the Getting To Know You camp and 80 students from Years 7 to 11 attended the school Achievers' camp for the 'thinkers, triers and doers'. The unique, vibrant and inclusive culture of the school community is based on mutually supportive partnerships that have been forged between the home and the school.

Parents are with the school, valuing its endeavours for their children, and providing practical and financial means for the school to effect its programs. The P&C donated over $24,000 to the school supporting the primary enrichment program, the Duke of Edinburgh award scheme and each curriculum area. This congruence between home and school has positive outcomes for student learning and students' attachment to their school.

Please watch the video below to see the beautiful landscapes of our school.

Return to top of page 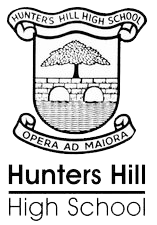